Not All Designations are Created Equal 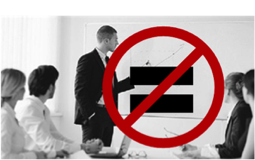 You must truly be careful what you call yourself and the specialization you claim to have knowledge in. Advisors around the country have been using designations offed up by fly-by-night certification programs. These pay-for designations have virtually no checks and balances and basically give the certification to anyone who wants it – regardless of their actual knowledge level or sophistication in the subject matter.

For example, Massachusetts as LPL recently found out the hard way.

After a number of complaints in the last decade, Massachusetts decided that it needed to curb overuse of these designations because they were part of an overall “broader pattern of deceptive marketing to seniors.” Under regulations established in 2007, the Secretary of the Commonwealth was given the authority to identify which accrediting bodies from which it would recognize designation. Only designations that are accredited with the American National Standards Institute (ANSI) and the National Coalition for Certifying Agencies (NCCA) are being accepted for advisors to use.

A review of LPL marketing material by Massachusetts regulators found that there were 10 designations that might have violated state regulations, which gave rise to a regulatory action and a $250,000 fine levied against LPL.