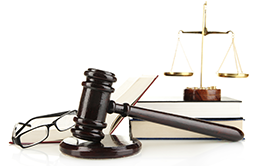 Several Medicaid applicants sued the state of Ohio’s Department of Job and Family Services – the program which administers the state’s Medicaid program – over improper treatment of Medicaid-compliant annuities that led to wrongful denials of assistance for long-term care services.

In each of the three cases, the Department denied Medicaid coverage to nursing home or assisted living patients whose spouses purchased a Medicaid-compliant annuity as part of the spenddown to asset eligibility. Under very precise federal rules, a Community Spouse can convert excess retirement assets into an income stream through an annuity that meets the requirements. These annuities are known as being “Medicaid compliant” if they meet the strict Medicaid rules set by the Deficit Reduction Act of 2005 (DRA).

Each state was required to enact the DRA rules and states are prohibited from enacting Medicaid eligibility requirements more restrictive than the federal rules. However, some counties in Ohio have taken it upon themselves to reject the Medicaid-compliant annuities despite their compliance with the state and federal law. In doing so, they denied applicants for Medicaid who should have been approved.

In a bold move, lawyers on behalf of the Medicaid applicants filed suit in federal court requesting an injunction that the state either follow the rules or be disenrolled from the federal Medicaid system altogether for violating its rules. In an even bolder move, the federal judge overseeing the case granted the injunction and gave the state until October 7, 2014 to comply with the federal and state Medicaid law concerning compliant annuities or risk having the state completely disenrolled from federal Medicaid program.

A federal court issues an injunction when it believes that the plaintiffs in a case are likely to be successful on the merits if they make it to trial. Since nursing unpaid care bills had been accruing to the point where the patients were at risk of being discharged or evicted for lack of payment, the court moved swiftly to bring the state into immediate compliance and approve Medicaid eligibility for those denied.

The state blinked and fully complied with the court’s decree – certifying before the federal judge that they had reversed the Medicaid denials for the plaintiffs and approved their Medicaid applications retroactive to the appropriate filing dates.

The court stopped short of making the injunction apply to all applicants in Ohio who have been denied Medicaid coverage improperly by the state; however, if there are others in a similar situation, the court’s ruling would stand as a powerful precedent for action on their part.

State overreach is, unfortunately, a common theme when dealing with Medicaid eligibility. While states are prohibited from making it harder to get Medicaid coverage than the federal rules require, several adopt nuanced rules that have the same effect. In many cases, local Medicaid caseworkers often insert their own judgment into cases to deny eligibility to an applicant that they feel should have to pay more for care – despite the fact that the applicant fully follows the eligibility rules. County Medicaid departments are well known for enacting informal policies at the application level in an effort to curb Medicaid eligibility in a number of cases, as illustrated. Applicants have no choice but to seek recourse through administrative appeals or court intervention. Good advocacy is often out of reach for an already impoverished family. Because Medicaid case workers are not held accountable for improper denials, these things can often go unchecked without adequate advocacy.